Boat was and still is produced in SPb. You have version with 8 horsepowers max, 300 kg loading (4 persons). Done in 1992.
And the first line in the plate states: Rowing boat. Pella-Fjord.

I made google translation from Russian forum with some corrections. Vähän puhun suomea. Opiskella...
===
''Fjord for all the time produced several modifications. I have a second one.
Old buildings are a lottery. Hulls were often molded in violation of technology. The glass materials were not annealed (the transport protection was not removed), therefore, plastic delamination is possible in any part of the boat. I got hit with this on the transom, and on the banks - front and back.
When operating at rentals, the transom is the first to fail. then the banks are broken and the keel fin is rubbed. Everything needs to be watched carefully.
The first series were single-body - just a shell, but strong enough. Flimsy transom, with a resolution of 2 hp. Then came the double shells and the bath. This is a very unreliable hull, it is rubbed along the bottom in a season, but the reinforced transom is up to 8 hp.
On the oars best. Engine power is not important - 10 km / h.
After 18 years of operation, I began repairs and was shocked, I would have ripped manufacturer hands off for such a quality of work. How she served so long is not clear.
Repaired with Finnish materials, NORPOL resin.
Took off the outside and inside, re-glued and on top with a topcoat, did not polish. Reinforced the transom.
I changed the cans, added almost 400 liters of foam. I clogged my nose, it turned out to be a large, almost sealed locker. Made a bow awning - running and separately parking. In place of the keel fin, I made a hydro-ski. The weight has increased by about 15 kg.
Slightly lost speed under the oars, but under the engine the boat went completely differently.
Under the M5 - 18 km / h, under the T9.8 - 27 km / h, and under the M15 - 42 km / h. Everything with one person. After the alteration, you can walk around Ladoga calmly.
Video of the boat look after the repair https://www.youtube.com/watch?v=PYImGZM2UTY
=== 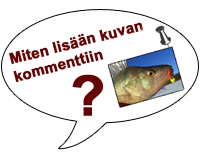